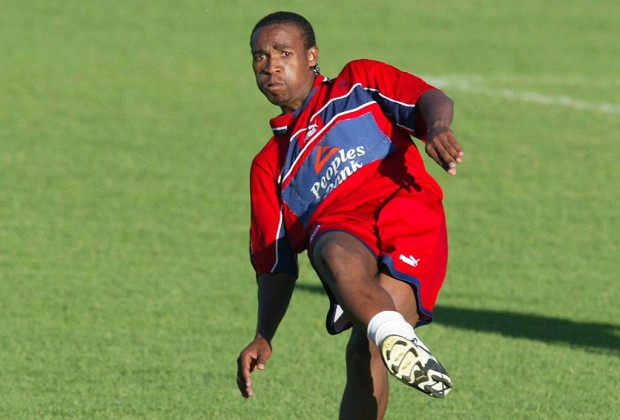 Teboho, the founder of Teboho Mokoena Sports and Development Foundation, is a sports philanthropist who started his football career in the dusty streets of Thokoza.  He played for Cameroon Football Club before progressing to play soccer professionally in the PSL and for the South African National Squad at the 2002 Korea-Japan World Cup.

We are honoured to have Teboho as an Ambassador for Boots for Africa. He is admired by many football players both in South Africa and around the world.  Teboho is also a very important part of the distribution process once the boots arrive in South Africa due to his connections with schools, local clubs and orphanages.