“Blues” Monday – Turning a wish into the opportunity of a lifetime! 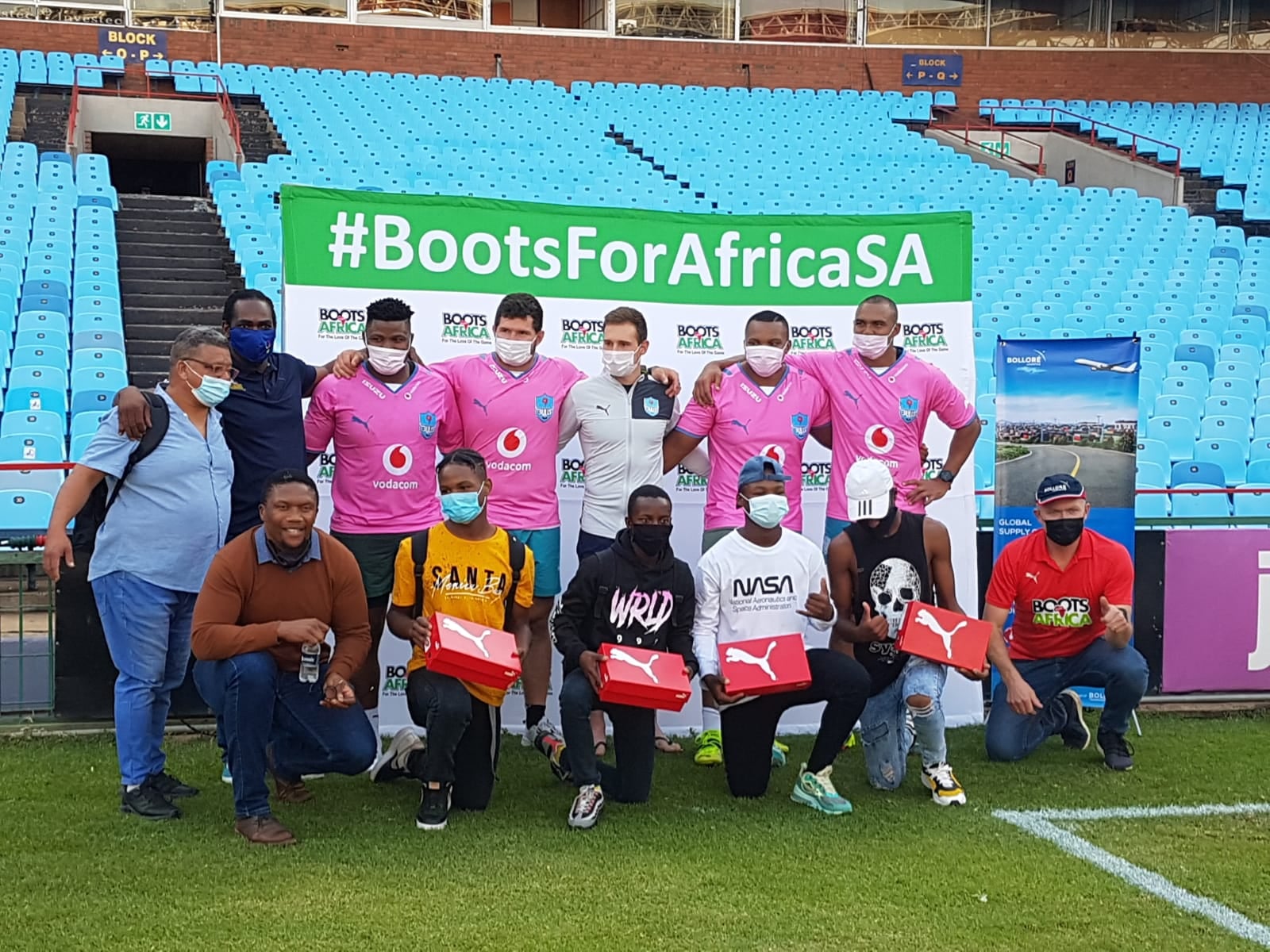 To run onto the main field at Loftus and receive encouragement and guidance directly from top #BlueBulls players (Lizo Gqoboka, Marco van Staden, Simphiwe Matanzima, Ivan van Zyl, Cornal Hendricks and #SARugbyLegends (Bandies Maku and Mac Masina) is an experience Sifiso, Bongani, Kenneth and Shibu will never forget. They were totally overwhelmed by the generosity of Puma, Rhino Rugby, Adopt-a-Smile and SA Rugby Legends. Their time in the changing room with the players was very emotional – a story we’ll all be telling for a very long time.Many people feel that access to sports equipment should be near the bottom of the list of our priorities as a nation, but we’ve seen first-hand the difference it can make to a child’s future, to a community, a nation, a continent. One just has to think back to the first FIFA World Cup on African soil, to South Africa’s Rugby World Cup victories, to see how sport can unite and uplift a nation.Boots for Africa is an independent, international organization devoted to collecting and distributing pre-loved sports shoes and equipment to African countries, empowering promising athletes in under-resourced communities. We provide sports gear regardless of race, politics, gender or religion and speak out about gender-based violence in sport.Right now, we have powerful partnerships with like-minded individuals in Australia, Ireland, Italy, USA, Netherlands and the UK who tirelessly collecting sporting equipment and general footwear, then sort donations for Africa.A massive thanks to all the donors – Blue BullsVodacom Blue BullsVodacomRhino Rugby USARhino Rugby IrelandPUMASA Rugby Legends AssociationBolloré Transport & LogisticsTM Active Lifestyle Clued Up ADOPT A SMILEClick the link below to find out how you can get involved with Boots for Africa: https://bootsforafrica.org/you-can-help/